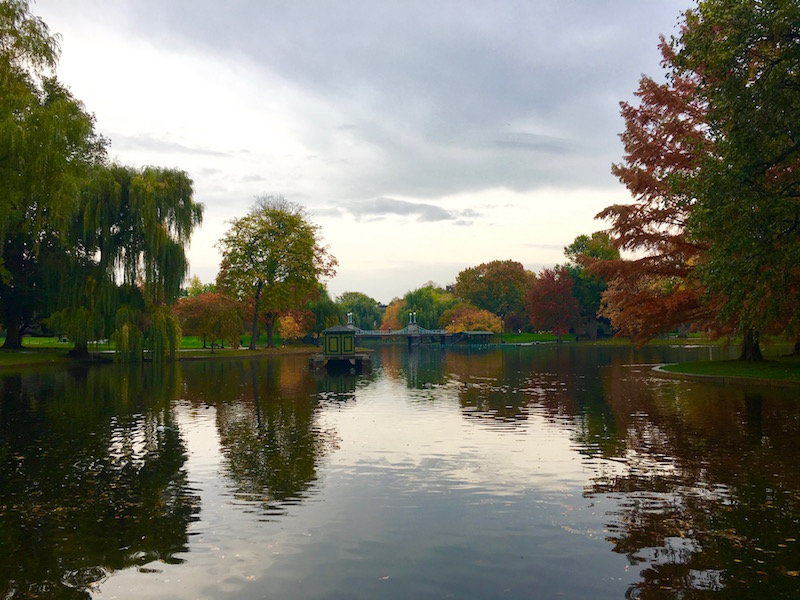 There is only one corner of the universe you can be certain of improving, and that’s your own self. – Aldous Huxley

It’s three days into December, and I’m still trying to make sense of November – I think I will be for quite a while. The month started out with trying to readjust to life in Boston after spending several fun-filled weeks in the Philippines. Work commitments and chilly weather were only minor annoyances; however, compared to the bombshell that was dropped late on November 8.

As a progressive woman, the outcome of the U.S. presidential election left me feeling mostly sad, worried about what the next four years will mean both for me and the most vulnerable in our country. The remainder of the week, I bumbled through my day-day-routine, easily distracted (well, more easily distracted than usual) by social media, and sought comfort in wine, junk food, and conversations with similarly minded friends and colleagues.

During challenging times, I try to slow down and appreciate the beauty that surrounds me. “Spaces Of Hope” is an installation on Boston’s Greenway Wall that was completed in November by Iranian artist Mehdi Ghadyanloo.

Fortunately I had previously made the decision to attend a travel writing retreat the weekend after the election in the Catskills (upstate New York). It was an intense two days, and it gave me the much-needed opportunity to get away from the TV and Facebook, and focus on improving myself for the benefit of my own future.

I returned from the retreat feeling more positive than I had in days, ready to roll up my sleeves and turn my sadness into action. One thing I’ve learned is that when you feel overwhelmed about the world’s problems it helps to focus on doing what is in your control. I reached out to friends that I haven’t seen in a while, I spent time with my family over Thanksgiving, I shopped at small businesses, I attended an event to support women running for political office, I wrote letters to my elected officials, I helped my nonprofit clients raise much-needed funds, and I donated my own money to causes that are important to me – namely, women’s rights, social justice and animal rescue.

While I don’t know what the next four years will bring, I can shovel my elderly neighbor’s sidewalk, leave generous tips at restaurants, take public transportation, and buy local produce. I may not be able to change the world, but I can make my little corner of it a little bit brighter.

The month kicked off with a Context Travel tour of the North End, my favorite neighborhood in Boston. After living here for almost nine years, I didn’t think there was much I still needed to learn, but I was wrong! Stay tuned for a post on my experience.

a taste of fall at a local North End market

I have no international travel planned for the remainder of the year, so next weekend I am heading to Buffalo to visit one of my best friends from college, Jerry, and his family. No, it’s not the best time of the year to visit Buffalo, but he has planned a jam-packed itinerary for us, and I am very much looking forward to reconnecting with him.