Whether you’re visiting a city for the first time or want to explore more of your hometown, the GO City Card is an easy way to save a lot of money while visiting top attractions. Here’s my GO Boston Card review.

About the GO City Card

There are a variety of single day and multi-day passes available for the following cities:

I chose to try the GO Boston Card 3-Choice Explorer Pass, and here’s what I discovered:

I had my choice of 19 local attractions with the 3-Choice Explorer Pass. I had two goals: 1) to do things I’ve never seen or done before – even though I’ve lived in Boston for close to eight years! – and get the biggest “bang for my buck” (i.e., visit the priciest attractions to save the most money). Here’s what I did:

Here I am on our duck boat, named the Commonwealth Curley. Only the kids got to try driving it. Oh well!

My friends Kristin and Fiona had passes as well, so we chose a sunny Saturday in September to act like tourists in our own city. We started with a Duck Tour, which are incredibly popular for visitors to Boston, especially those traveling with children. Since I have to dodge multiple duck boats on a daily basis on my way to and from work, I was glad to finally take a tour myself and see what all the fuss is about.

We tried to board a tour leaving from near the New England Aquarium, but it was already sold out by the time we arrived (Our bad – we only arrived a few minutes in advance). However, there was plenty of availability at both the Museum of Science and Prudential locations, so we hopped in a cab to the Museum of Science, and we were able to get on the next tour there (our boat wasn’t even full).

The tours are usually 90 minutes, but ours took a little longer because some streets were blocked off for a bike race, so we had to take a different route. All-in-all it was a fun experience. The “ConDUCKtor” (get it?) was a real-live Salem witch named Sarah B. Goodwitch, and needless to say, she was entertaining. I learned a few facts about my city, and I got to soak in some lovely views on both land and sea (We also got a contact high thanks to Hempfest, a pro-marijuana festival which was taking place that day on Boston Common.)

Note about the Duck Tours: If you want to guarantee your departure time and place, you can pay online or over the phone for tickets and then get a reimbursement at the ticket booth after you show your pass.

setting sail on our sunset cruise

Since you don’t spend much time out on the water on a Duck Tour, we thought the sunset cruise by Boston Harbor Cruises would be a nice complement. And since it was the last weekend the cruise was available – they only operate mid-May through mid-September – we thought it would be the perfect way to end a summer in Boston.

Because the Duck Tour finished later than expected, there was already a long line at Long Wharf when we arrived for the 6 p.m. cruise, but we still were able to secure some seats on the top deck (the left side is supposed to be better – we were on the right). Most people weren’t seated for long; however, preferring to move around to find the best views and get the best shots of the Harbor.

the Charlestown waterfront and Zakim Bunker Hill Bridge at sunset

There is also a bar on board, so we were able to relax with a beer as we passed the Waterfront and Castle Island, then watched the sun set behind the Zakim Bunker Hill Bridge. In all my years living in Boston, I don’t think I’ve ever seen such a stunning sunset – deep yellows and oranges turned into brilliant pinks and purples just as the USS Constitution fired its end-of-day cannon salute. It definitely a memorable experience.

The New England Aquarium gets 1.3 million visitors each year. I’m glad to finally say I was one of them!

Visiting three attractions in one day is a little much for a local, so I decided to visit my third attraction a few weeks later. And since the New England Aquarium has the reputation of being a zoo (no pun intended) on weekends, I skipped out of work early and went on a Friday afternoon (Because I arrived at 3:30 p.m., and the Aquarium closes at 5 p.m., they said I could come back the following Saturday or Sunday).

It wasn’t crowded at all, so I got to stroll around at a leisurely pace watching the otters frolic, the penguins eat their dinner, and Myrtle the Turtle take a nap in the four-story Giant Ocean tank, which contains an impressive replica of a Caribbean coral reef. I also learned a lot about what species of fish live in various ecosystems along with the tremendous conservation efforts the aquarium leads in the U.S. and around the world.

With my ticket, I got $1 off a ticket to Simons IMAX Theatre, so I treated myself to a showing of Galapagos 3D: Nature’s Wonderland, which was fascinating (I don’t think I’ve seen an IMAX movie since I was in elementary school!).

I got a pretty good shot of Myrtle before she decided to take a nap.

The giveaway is over.

Thanks to GO City for providing me with a card for my GO Boston Card review. As always, my opinions are my own. 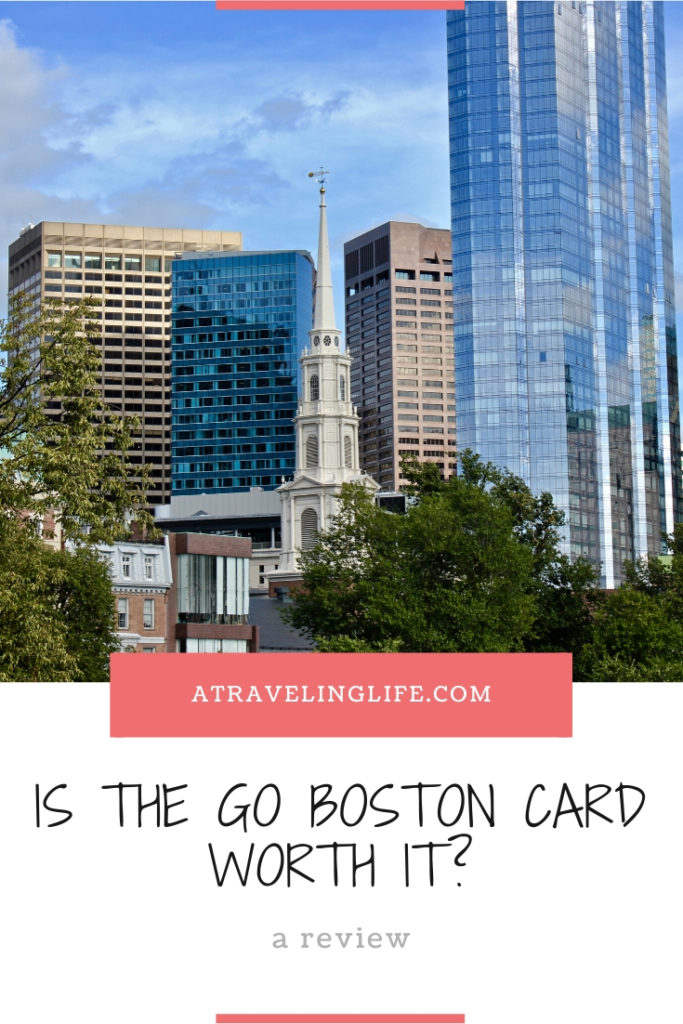 October: A Month of Firsts at Home and Abroad

Keeping my fingers crossed! Would love to take my kiddos to the aquarium!

I’d love to visit any of the cities where GO City Cards are offered. But the reality is I’d probably use them at home in Chicago – and that’s more than ok! Plenty to see here, and plenty that the kids have not yet seen.

I’d like to visit Washington DC. I’ve always wanted to spend a few days exploring the museums. Especially the Smithsonian