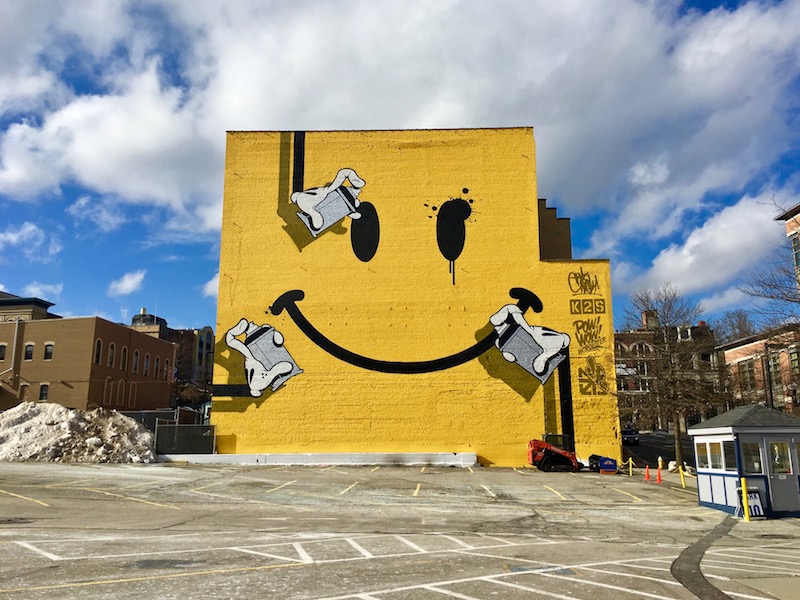 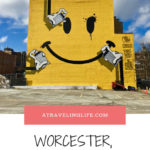 During a chilly weekend in January I got to discover the best things to do in Worcester, Massachusetts – one of my favorite cities in New England – thanks to the AC Hotel Worcester.

Best Things to Do in Worcester

Over the past few years, Worcester – the second-biggest city in Massachusetts – has become an increasingly popular destination for visitors from across the region and beyond. And its star will continue to rise over the next two years as it prepares to welcome the  minor league baseball team that’s affiliated with the Boston Red Sox, which is relocating from Pawtucket, Rhode Island.

Until January, I never spent more than a few hours there, mostly stopping by during work trips to the area. So I jumped at the chance to stay overnight as a guest of the AC Marriott Worcester and take some time to discover more of the best things to do in the city. Based on this visit – as well as my previous visits and recommendations from locals – here is my guide on where to eat, drink, shop, stay, and find some art in Worcester.

Where to Eat in Worcester

and I arrived in Worcester with our stomach’s growling – we intentionally arrived hungry, so we could sample as much food as possible. Our first stop is one that I’ve been to before but is well worth a return visit. BirchTree Bread Company does everything well – breads, soups, salads, and sandwiches – and everything made from scratch. It definitely has a “home away from home” vibe – there was a folk duo playing in the corner, kids were running around and parents were leisurely chatting with each other.

Of course after lunch we needed dessert, so we swung by The Queen’s Cups. When you walk in the door, you’re greeted by a glass case containing row after row of extravagantly decorated cupcakes. I was overwhelmed with all the options, so I kept it simple and selected a vanilla cupcake with lemon cream filling topped with a sweet cream icing and berries. It was perfect. Right off of the storefront is a cozy little sitting room where you can enjoy your tasty treats – another folk duo was playing there too.

The following day for brunch I finally tried one of Worcester’s most acclaimed restaurants, Deadhorse Hill, which uses seasonal, farm-fresh ingredients to make creative – yet accessible – dishes. The atmosphere was very welcoming, and even though it gets pretty crowded for brunch, we weren’t rushed at all. I had a hard time choosing my meal, so I ended up with two selections – a hearty yogurt bowl with granola and a buttery almond croissant on the side. My friend Kelly chose the “Deadhorse Benedict,” which is eggs benedict with corned beef. We were both very happy!

On a previous trip to Worcester, Kelly and I enjoyed brunch at Lock50 in the Canal District. A few other places I have yet to try are Brew On The Grid, Styx Ramen Bar and Fatima’s Cafe, all of which came highly recommended by Worcester locals.

Where to Drink in Worcester

One of my favorite bars in the region is in Worcester, Armsby Abbey, which was recently named the best bar in Massachusetts by CraftBeers.com. I first went there with colleagues soon after moving to Massachusetts about 10 years ago and have gone out of my way to visit as often as possible ever since. I was excited to bring my friends with me this time; however, we didn’t have any room for food (remember the cupcake?). Instead we sampled a variety of craft brews – there are more than 20 on tap (or you can choose from one of 140 bottles!

Coincidentally our one night in Worcester coincided with the grand opening of Redemption Rock Brewery, which is located in a warehouse off Shrewsbury St. We were worried about the crowds, but the line to order beers moved really quickly – I chose half pours of the War Castle IPA and Edelstein Hefeweizen – and we easily found two seats at the bar. Much to my delight, “Parks and Rec” was being projected on one wall, and there’s a colorful mural on another. Everyone really seemed to be having a good time, especially those playing bean bag toss and board games. (And fun fact: all cash tips are donated to a different local nonprofits each month!).

I actually haven’t been to Worcester’s most popular brewery yet, Wormtown, which has won a slew of national and international awards. Another one on my list to try is the Greater Good Brewing Company.

Where to Find Art in Worcester

I’m a HUGE fan of street art – it’s something that I actively seek out wherever I travel. I’ve been lucky to explore some of the best street art scenes in the world, including Reykjavik (Iceland), Georgetown (Penang, Malaysia), and Getsemani (Cartagena, Colombia), and I can honestly say that Worcester deserves a place among those at the top.

Thanks to the POW WOW! Worcester Mural Festival, which has been held each fall during the past three years, more than 100 colorful and thought-provoking works of art have sprung up on walls around Worcester – 15 are on one elementary school alone! This was my second visit during which I tried to see as many murals as possible, and I still have many to go.

It would be really hard to pick a favorite, but I particularly enjoyed spotting the piece pictured above on the side of Worcester Public Library which was created by Los Angeles-based artist WRDSMTH as part of the 2018 Festival.

Worcester Art Museum was holding its annual Flora in Winter celebration that weekend, but unfortunately, I wasn’t able to squeeze in a stop between all of the eating and drinking we were doing. The Museum has an extensive permanent collection and many impressive visiting exhibits throughout the year, so I definitely need to make it a priority during my next trip.

Where to Shop in Worcester

I’m not a big shopper – I’d pretty much rather do anything during my precious weekend hours. Worcester has some incredibly unique shops, though, where I’m more than happy to spend my time and hard-earned cash. Crompton Place, a restored mill called in the Canal District that’s also home to BirchTree, is where I’ve done the bulk of my browsing during by Worcester visits. It would be easy to spend a full morning or afternoon there.

Taking up the first floor is Crompton Collective, which is part antique store, part furniture store and part gift shop, with a little bit of everything else thrown in – it features goods by nearly 100 local vendors. The building is also home to two other favorites of mine – Bedlam, a used book store that just opened this past fall, and Seed to Stem, which carries plants, terrariums and various home goods. There’s also a year-round farmers market there on Saturday mornings.

The AC Marriott Worcester provided me with some fun and thoughtful gifts from Worcester Wares, a three-year-old store which specializes in selling locally produced art, home goods, accessories, and all sorts of items that celebrate Worcester like t-shirts, pins and tote bags. I was so disappointed that I didn’t have time to stop by and introduce myself to the owner, so this is a must for next time.

Where to Stay in Worcester

The AC Marriott Worcester is a fantastic addition to downtown Worcester, having opened just within the past year. Even though it’s one of five AC Marriott locations in Massachusetts, the personal attention you receive makes you feel like you’re staying at a small boutique hotel or bed and breakfast. From the front desk staff to the bartender to the breakfast buffet attendees to Andrew, the general manager, everyone went above and beyond to make my friends and I feel welcome, and was more than happy share tips for exploring their hometown.

The decor of the AC Marriott Worcester is dark, sleek and modern, yet still has a cozy feel. My friends and I particularly enjoyed spending Saturday evening curled up in front of the fireplace in the lobby, sampling tapas and cocktails from the AC Lounge instead of braving the cold to go out to dinner. (Another option if you don’t want to leave the building is the 110 Grill, which is attached. During warmer months, you can sit out on the patio.)

After our long day of sightseeing, eating and drinking, we slept soundly in the soft beds. The next morning after my friends took off, I spent some time working out in the fitness center. Given the hotel’s fantastic location, I was then able to walk quickly to Main Street for brunch at Deadhorse and then to Union Station to catch the bus back to Boston. It’s also very close to the DCU Center, if you’re attending an event there.

Many thanks to the AC Marriott Worcester for hosting me during my one-night stay and for the incredible hospitality that they showed me and my friends. The opinions above were not influenced in any way.

How to Get to Worcester

Worcester is just an hour’s drive west of Boston (50 miles). There also are several public transportation options that make the trip even easier – my friends had to leave early Sunday morning, so I took a direct Peter Pan bus to South Station in Boston for only $12.

What do you think are the best things to do in Worcester? If you don’t know, you need to visit to find out!

Filed Under: New England
Maine Windjammer Cruise: the Magic of the J. & E. Riggin
The Best Things to Do in Rockland, Maine: A Weekend Guide

12 thoughts on “The Best Things to Do in Worcester, Massachusetts”