The Best Things to Do in Rockland, Maine: A Weekend Guide 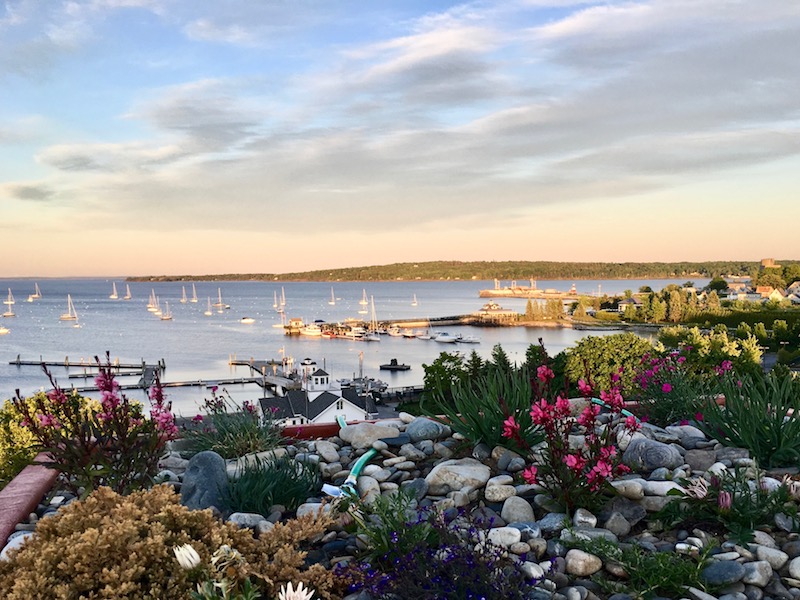 I put together this weekend guide on the best things to do in Rockland, Maine, based on what I saw, did, ate, drank, and bought during my three-night stay there last summer.

There are few places in the world I’d rather visit than Maine – and I know many others feel the same way (It is “vacationland,” after all). Luckily for me, since I live in Boston, it’s just a quick drive up the coast to the border. In May the Women in Travel Summit took me to Portland, which was my first trip back to the state since last summer, when I sailed for four magical days on board the windjammer J. & E. Riggin. 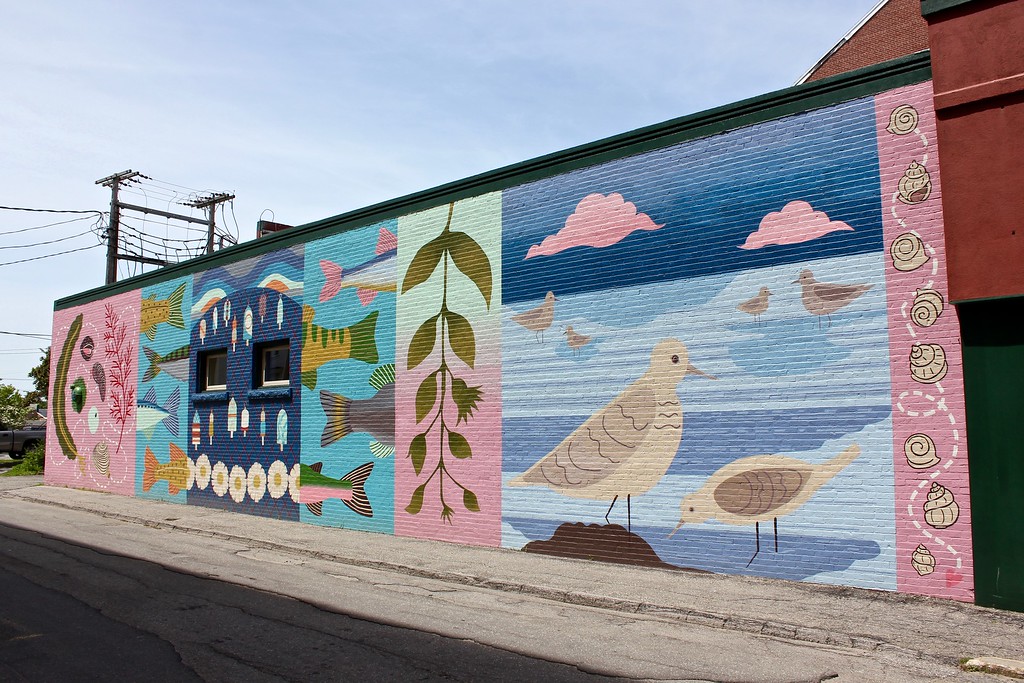 The Best Things to Do in Rockland

The windjammer is docked in the city of Rockland, which sits right on Penobscot Bay about 90 minutes north of Portland. While I had previously spent a “girls’ weekend” in Camden, Rockland’s charming sister city, I had never been to Rockland before. Since this was my first trip to the “art capital of Maine,” I decided to spend some time on land before and after my windjammer cruise. Even though there’s a lot to do in Rockland – so much that I extended my trip by a night – it’s a compact city that can easily be explored in two or three days. 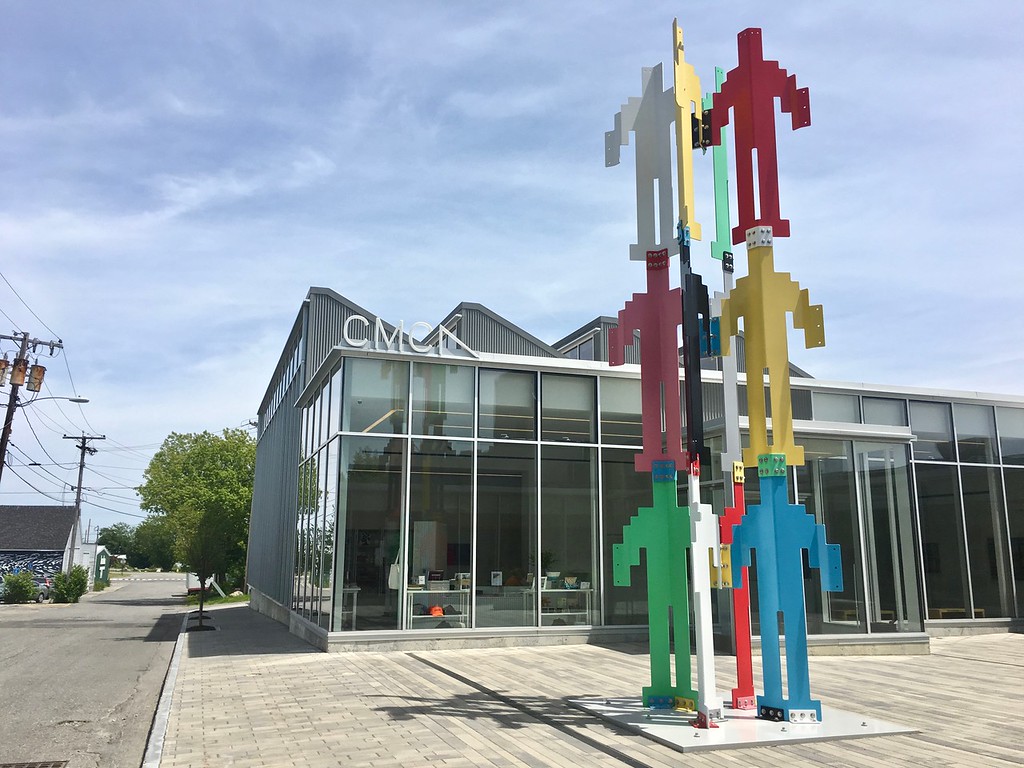 the Center for Maine Contemporary Art

Given Rockland’s nickname, it’s no surprise that it has not only one but two fantastic art museums. I spent a few solid hours exploring the Farnsworth Art Museum, which has more than 15,000 works, including an impressive number by one of my favorite artists, Andrew Wyeth. I also strolled through the Center for Maine Contemporary Art, a vast space featuring both permanent and temporary exhibits, and the adorable Project Puffin Visitor Center, which gives an overview of the small seabirds and efforts to protect them along Maine’s coast (perfect for kids!).

More: For live music, movies and more, check out the Strand Theatre on Main St. 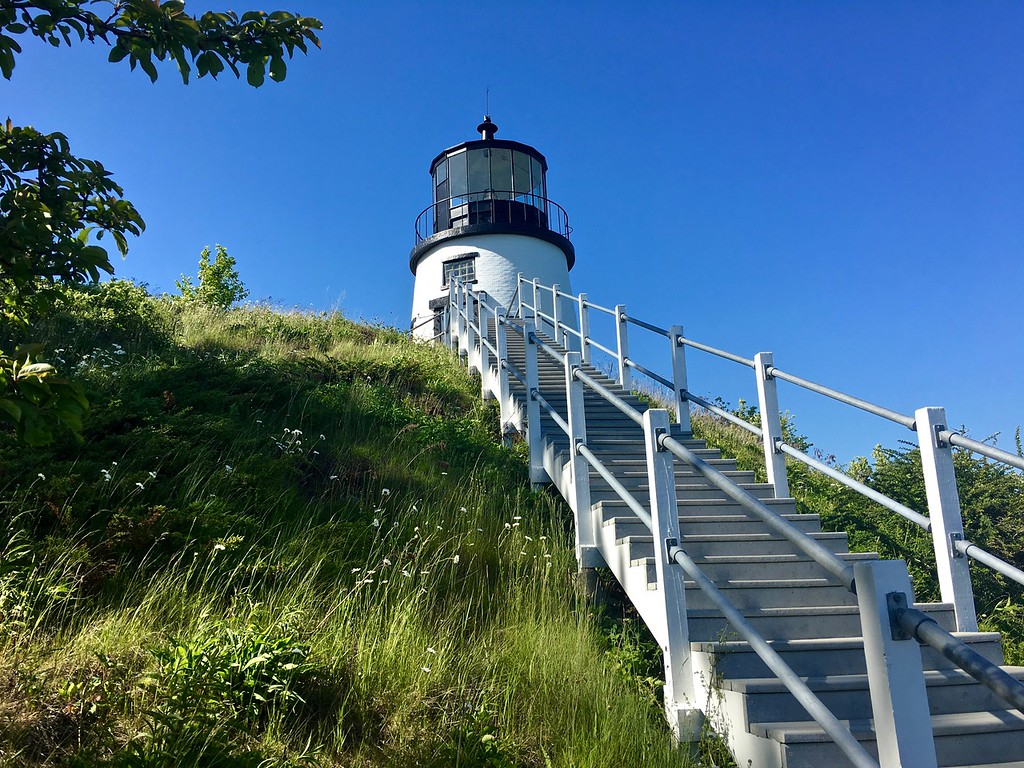 Before heading back to Portland, I took a short drive up the road to Owls Head to check out Owls Head Light, a still-working lighthouse. After a brief hike and a steep climb to the top, I was rewarded with incredible views of Penobscot Bay. Next I stopped at the sprawling Owls Head Transportation Museum, which I had been told I couldn’t miss. I was skeptical – I drive a 2003 Honda Civic, so cars obviously aren’t my thing. However, I entertained myself for the rest of the morning, viewing more than 150 cars, planes, motorcycles, bikes, and other modes of transportation (a perfect rainy day activity!).

More: Unfortunately I didn’t have enough time to squeeze in a visit the Maine Lighthouse Museum, which I hear has some interesting displays on lighthouse history. 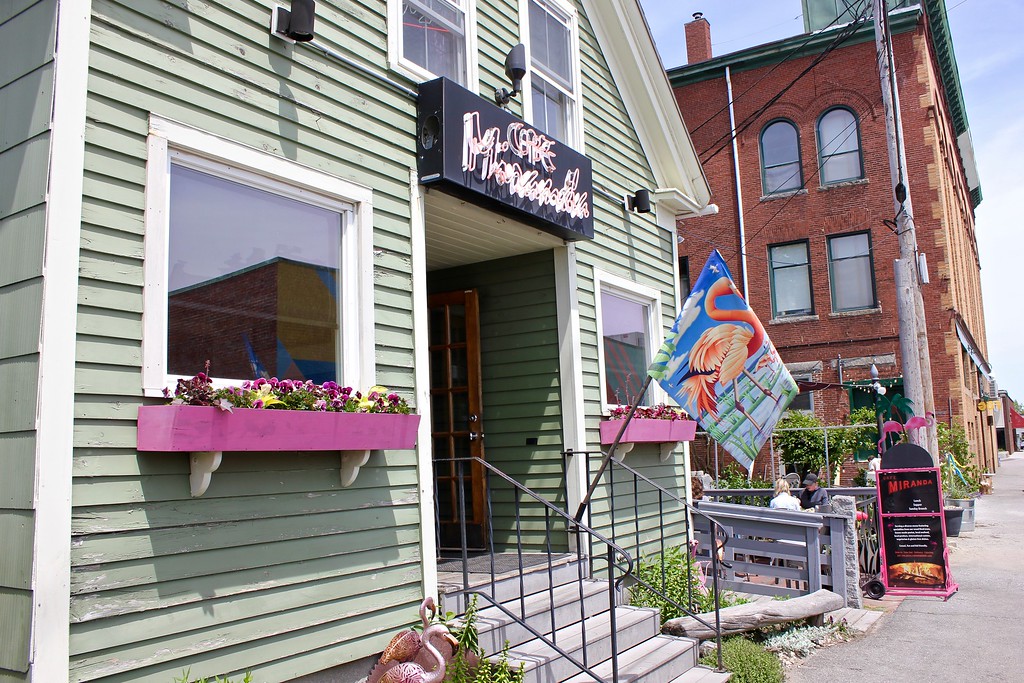 Where to Eat in Rockland

For a small city, Rockland is jam-packed with a variety of fantastic places to eat. The night before I set sail on the windjammer cruise, I sat at the bar at Ada’s Kitchen and sampled a few local beers along with one of their made-from-scratch pizzas. I also made a stop at Main Street Market, which has a huge variety of fresh fruits and veggies as well as packaged foods, to pick up some supplies for the trip.

Back on land after the cruise, I checked out In Good Company, which is a cozy spot for wine and creative tapas, and prides itself on using locally sourced ingredients. Another spot with a strong focus on sustainability is the funky Cafe Miranda, which has its own farm. For my last meal in Rockland, I enjoyed a leisurely lunch out on the patio. It was really, really hard to decide what to order from the menu, which has many globally inspired options, but in the end I went with my go-to, fish tacos.

More: I heard rave reviews of Primo and Rustica. 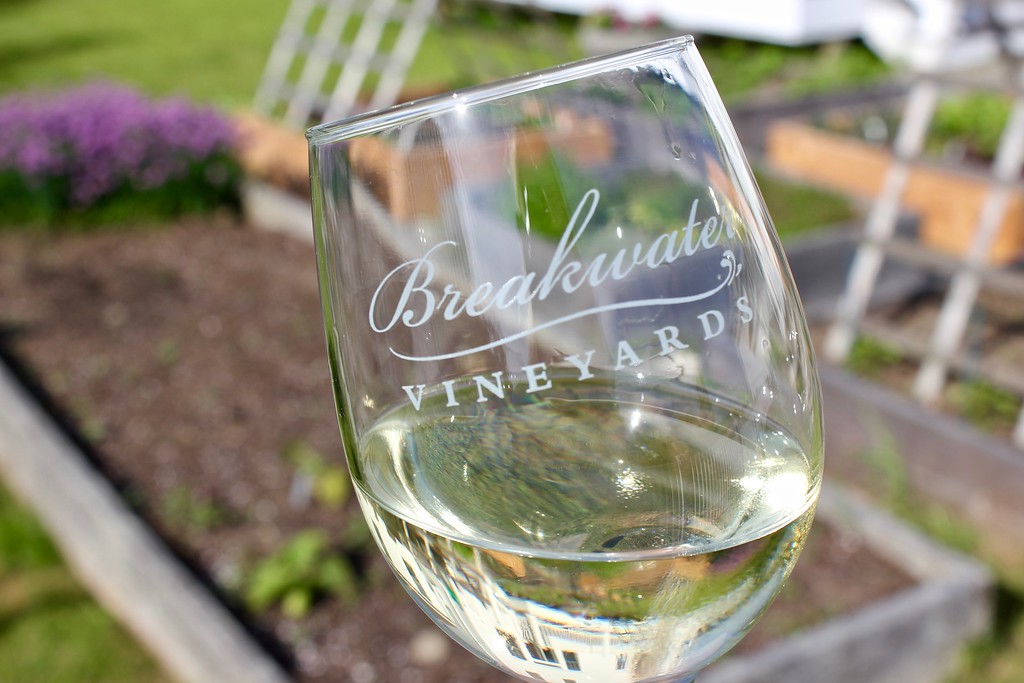 Where to Drink in Rockland

For your morning fix or afternoon pick-me-up, head to the employee-owned Rock City Cafe, which serves baked goods and bites to eat along with fair trade coffee. (A smaller location is on the edge of Main St.) For something a little stronger, check out the scene at Fog Bar & Cafe, which is a popular late-night spot. It was a little chilly the evening I was there, so I actually just had some tea at the bar while listening to live music.

On my way out of Rockland, I stopped at Breakwater Vineyards. I had been surprised to find a winery so close to the city and ended up being very impressed with my experience there. I was even more surprised to have the place to myself. After a tasting in the historic home, I strolled around the beautiful grounds and made friends with the goats.

Where to Shop in Rockland

And as I’ve said before I’m not much of a shopper, but I don’t mind dropping my hard-earned cash on books. It’s so rare to find independent bookstores these days, and hello hello books is a total gem. I picked up a few gifts and a few things for myself too. 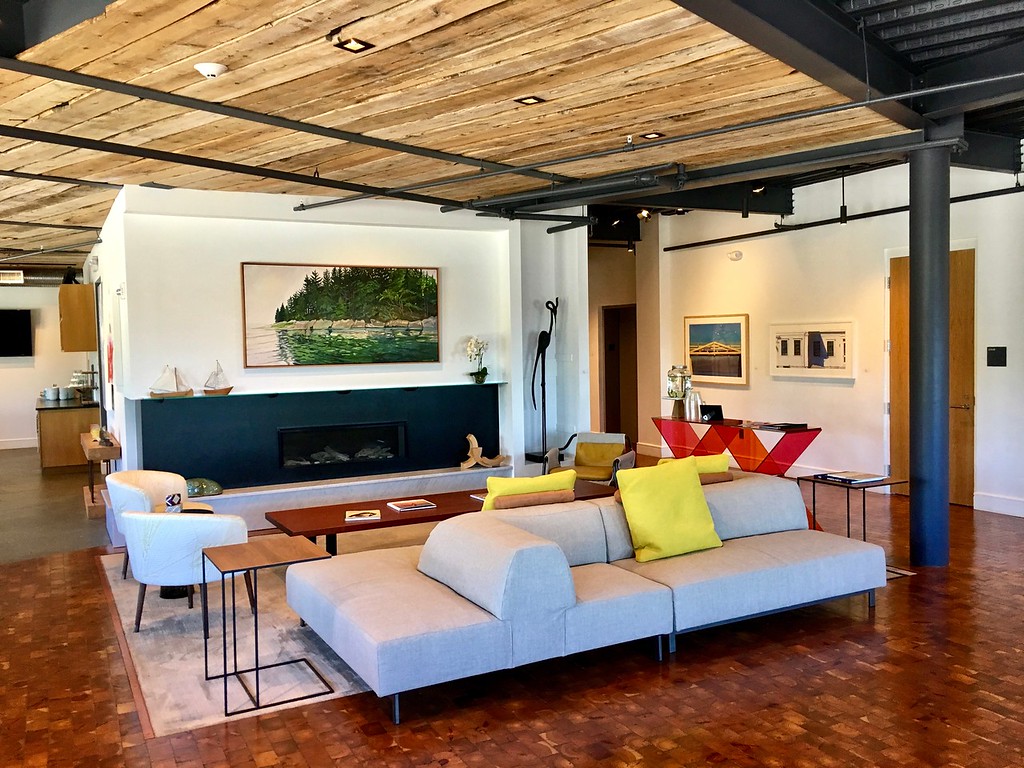 the lovely lobby of 250 Main

Where to Stay in Rockland

After four nights on the Riggin, during which I slept on a tiny bunk and was too much of a wimp to attempt to shower in the toilet, I was so lucky that I got to experience the modern luxury of 250 Main. A stylish boutique hotel right on Main St., 250 Main doubles as an art gallery, with halls lined with works by artists from New England and beyond. However, it’s far from stuffy – the spacious lobby is dominated by a fireplace, and the decor is an eclectic mix of industrial and nautical with pops of color thrown in. They also have fun themed accessories like an octopus key card. 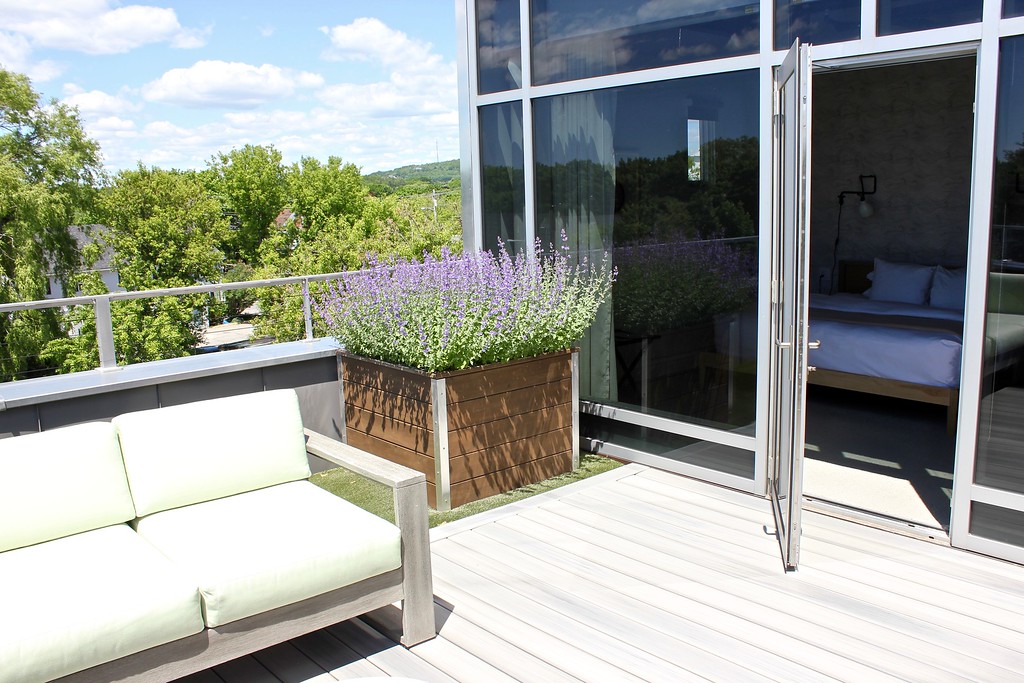 my lovely room and private balcony at 250 Main

There are only 26 rooms at 250 Main, and mine was one of the “fantastic” ones that feature a king-sized bed, floor-to-ceiling windows and a spacious private roof deck. Even though I had my own outdoor space, I went up to the rooftop garden to watch the sunset over the Harbor – the experience was so peaceful.

A fantastic perk of 250 Main is its complimentary happy hour, where I sipped a lovely rosé, and sampled a selection of local cheeses and fruits. And even better, 250 Main is pet friendly!

What do you think are the best things to do in Rockland, Maine? 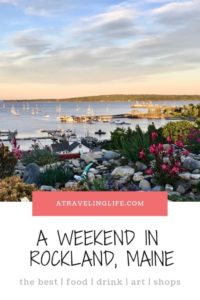 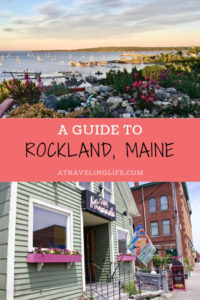 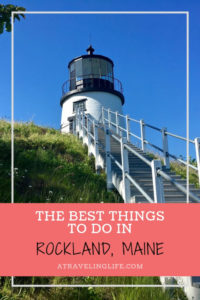 Thank you to 250 Main for showing me a wonderful time during my one-night stay in Rockland. I also received complimentary tickets to the museums.

Banner image: the view from the 250’s Main rooftop garden

What to do in the Pioneer Valley of...