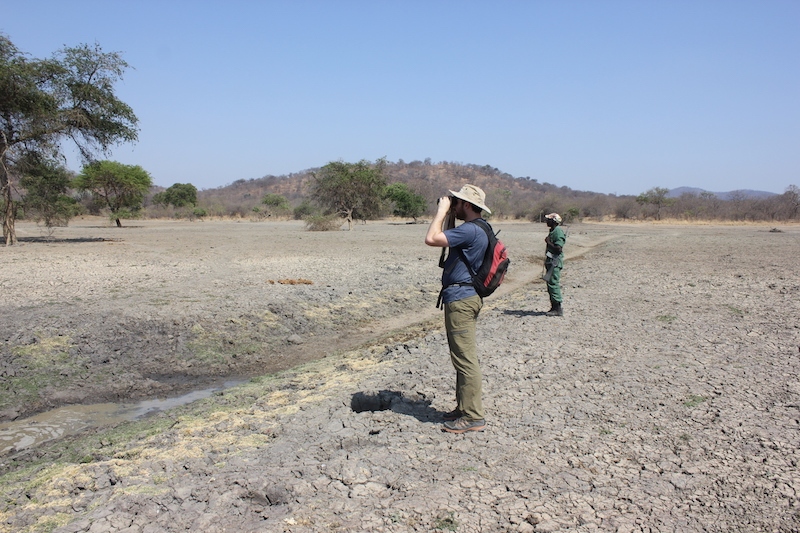 Are you passionate about saving wildlife? Do you want to have positive impact on our planet while working and living overseas? If so, then read on to find out how to work in conservation in Africa in this interview with California native Brennan PetersonWood of Conservation Research Africa.

I recently returned from two weeks in Malawi with Biosphere Expeditions, a nonprofit citizen science organization through which volunteers can travel to support wildlife conservation work around the globe. Our team was based in Vzawa Marsh Wildlife Reserve, where staff and volunteers from Lilongwe Wildlife Trust and Conservation Research Africa have been working together since January 2017 to collect critical data on the reserve’s animals, insects and plants to document their importance and encourage their conservation.

Brennan has been living and working for more than two years in east Africa, splitting his time between CRA and working in conservation back in his home state of California. CRA focuses on applied research, community education and capacity building through its two main initiatives: African Bat Conservation and Carnivore Research Malawi. I met Brennan in Vwaza and asked him to share how he came to do what he’s doing now in Malawi and his advice for those wondering how to work in conservation. 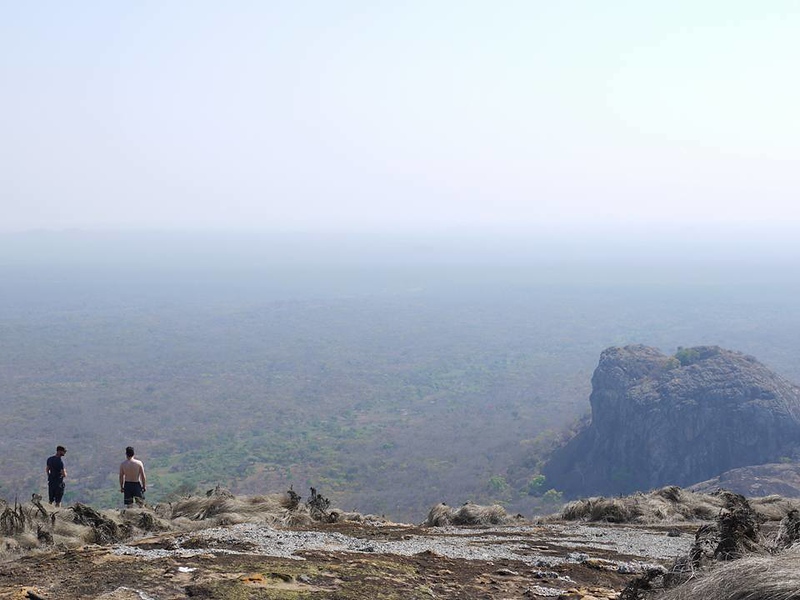 Brennan at Kasungu National Park on top of one of the many large outcrops of granite that are characteristic to Malawi. Camera traps in the area revealed some of the country’s last remaining wild dog populations.

What motivated you to pursue this job?

I started working for the U.S. Forest Service (USFS) in California, conducting different wildlife surveys during the summers through my college years and volunteering at different wildlife rescue and rehab centers. From that start I have worked with numerous species and projects in the government, private and non-profit sectors in California and east Africa. 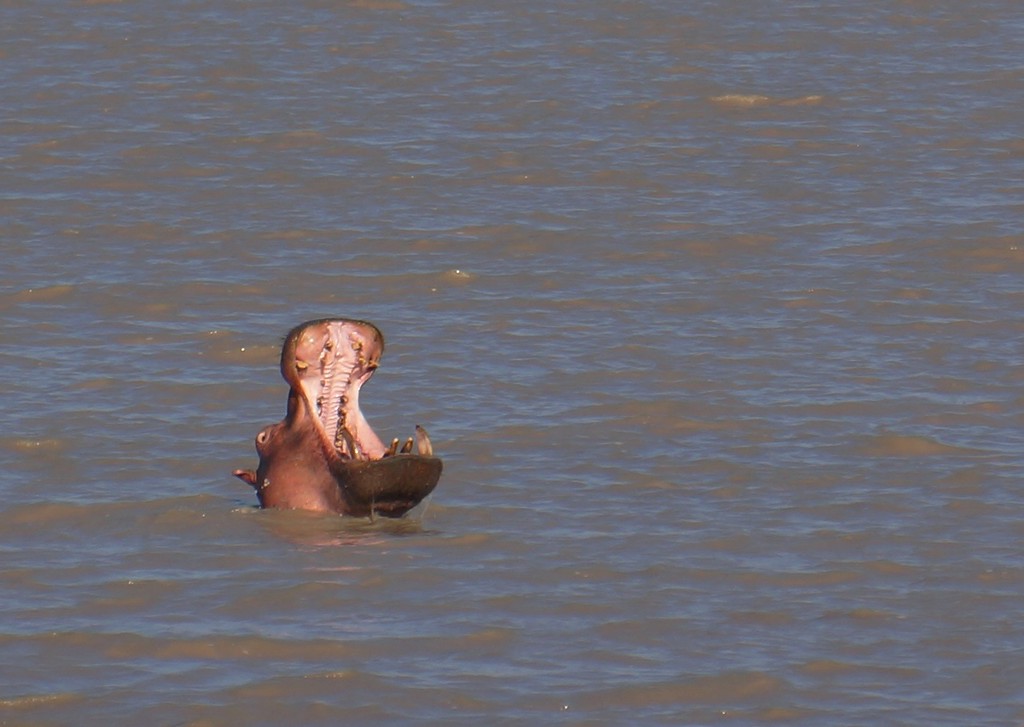 How did you find the job you’re in now?

After graduating, I was working for the USFS in California, but knew I wanted to go back to east Africa and work there. I sent around 50 emails to different organizations and was lucky enough to find one looking for a field research camp manager on an elephant project in Tanzania.

From there I used my experience and connections I had made in Tanzania to apply for a job with Carnivore Research Malawi* as a researcher in Kasungu National Park. I am now the Programmes Manager for the carnivore and bat research projects we run here. Most projects like ours advertise on social media so finding and following projects that interest you on social media is a great way to find job openings.

What are some of the perks of conservation work? And challenges?

Conservation work usually means living in remote areas surrounded by wildlife and beautiful habitat, often national parks. However, that also means living accommodations are very basic, often tents, pit toilets and cold bucket showers. The food is usually just basic staples, rice and beans, every day, for every meal. So you have to be okay with living simply in exchange for the wildlife and scenery, and the fulfillment of knowing the work you are doing is making a direct difference in the world.

Brennan hiking in Namibia’s Namib-Naukluft National Park on holiday from work. He says he was “fascinated by the wildlife that manages to live in such a harsh environment.”

Do you have any advice for others considering a career in conservation?

It’s a very difficult career choice. All conservation work is grant funded, so there is never enough money to go around to all the projects in the world. You have to be willing to work unpaid before you can expect a small salary. But if you are truly passionate about protecting wildlife, it will be worth it to get the chance to live and work in some of the most remote and wild places in the world.

What’s one lesson that you’ve learned in all of your work-related travels?

The vast majority of the world lives a much simpler and slower life style than the Western world. This can cause people frustration when trying to get work done in countries where they don’t understand the cultural differences. Realizing that you don’t need nearly as many belongings, comfort, or even as much food as you are used to back home is something that will be very helpful in successfully integrating into your work location and make your project all the more effective. 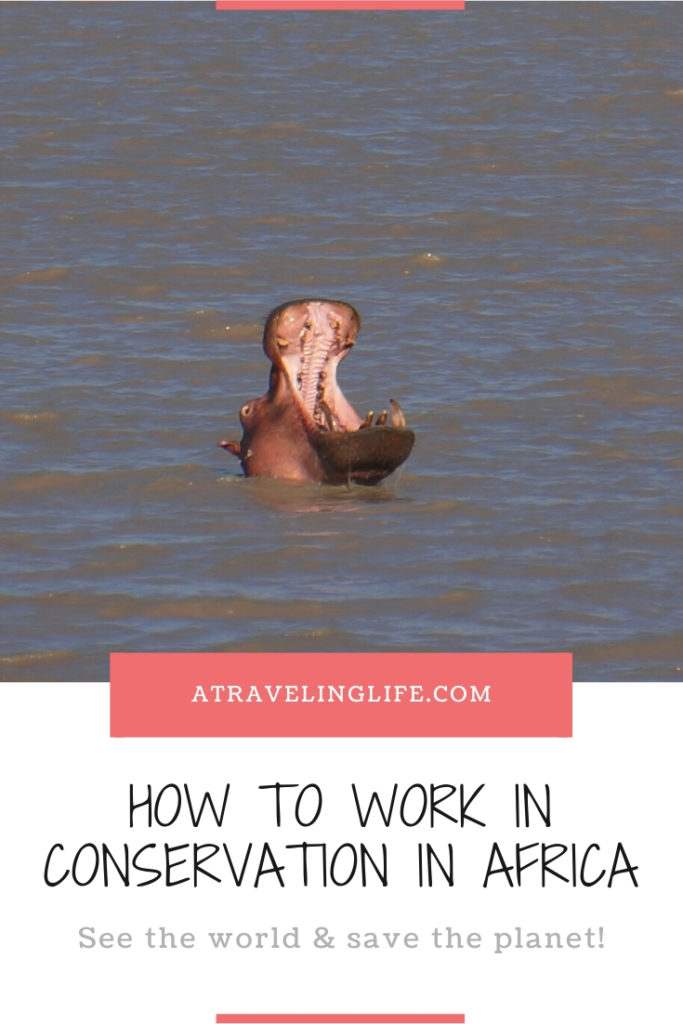 Banner image: Brennan and our scout, Simon, keep a lookout as we collect data on hippos in Vwaza.

Jobs That Let You See the World: Mercy...

Jobs That Let You See the World: Facilities...

Jobs That Let You See the World: Flight...

Jobs That Let You See the World: College...

Jobs That Let You See the World: Tour...

Jobs That Let You See the World: Marketing...

Jobs That Let You See the World: Foreign...

Jobs That Let You See the World: Seasonal...

Jobs That Let You See the World: Teacher

How to Start Your International Job Search