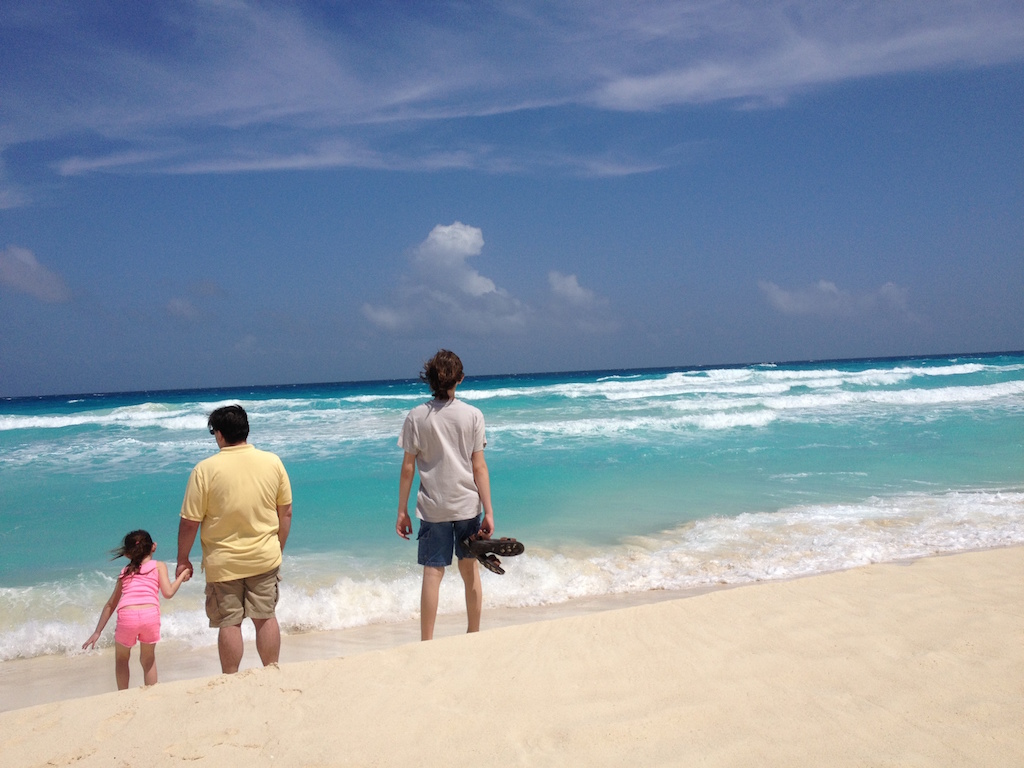 Growing up behind the Iron Curtain in Poland, Jolanta Davis dreamed of seeing the world. Today, living in Massachusetts with her husband and two children, she has made travel a priority for herself and her family. I had the pleasure of meeting Jolanta at the 2015 Women in Travel Summit, and have since marveled at her ability to balance motherhood and a full-time job with sharing her family’s adventures on her blog, Casual Traveler.

Ever since my first big abroad travel to Switzerland when I was in my early teens, I was fascinated by the differences and similarities between various countries. That trip took us through the Czech Republic (then Czechoslovakia), and we also visited Liechtenstein.

I like to look at people, houses, buildings and wonder what it’s like to live in that place. I may have limited time off, and limited budget, but with a few tweaks in the schedule and budget, our family can manage at least one big trip per year, usually at least two.

The world is just too big and too interesting not to travel. I don’t understand people who vacation in the same place year after year. Familiarity is important, but there are too many fascinating cities and sights all over the world to go to the same place twice!

The trip to Switzerland I mentioned was my family’s first big trip abroad. In later years, we also went on vacation to Bulgaria, and when I finished high school, I scraped together my savings to buy a trip to Russia, and to pay for a guided hiking camp in Slovakia. When the Berlin Wall fell, and suddenly Poles were free to leave the country – as long as they had a visa for the receiving country – I knew I wanted to see more of the world.

My husband and I have done many wonderful trips together, but I think the most important one would be our first one – a road trip from Montreal, through Quebec City, the Gaspe region, New Brunswick, Maine, and New Hampshire, into Vermont. It was a great adventure, even though we were so broke, we could not afford hotels, just campsites along the road. It was a lot of fun though! I cherish the memory of it.

A lot of people seem to think you have to be loaded to travel. I say it’s a matter of priorities. Some people save every penny for retirement and kids’ college education, and their families never go anywhere. I don’t want to wait until retirement to travel, since I don’t know if I’ll still have enough stamina to walk as much as I can today. And when it comes to money, as I said, it’s a matter of priorities – I’d rather buy a hotel night at a hotel, than a new dress, new shoes or a leather jacket.

No matter where you live, you can travel. You can do day trips. If you live in the country, I bet there is beautiful countryside to be seen. If you live in a city, I bet you can spend several weekends just exploring the city. You can come home for the night, if that’s better for you, but you can drive quite far in a couple of hours, and you can see quite a bit in a single day. We once did a pretty big loop in Portugal in a single day. We were exhausted by the end of the day, but it was fantastic!

We’re going to Austria and Poland in the summer, and some place nice in the winter (I hope).

If you’ve always wanted to travel, just do it. Start small, with little trips, then figure out how to do longer ones. Don’t be afraid. Challenge and the unfamiliar might be good as well.

Aw, thank you so much for featuring me! How nice of you!