Beau Miller: How Aythos Responded to the Nepal Earthquake 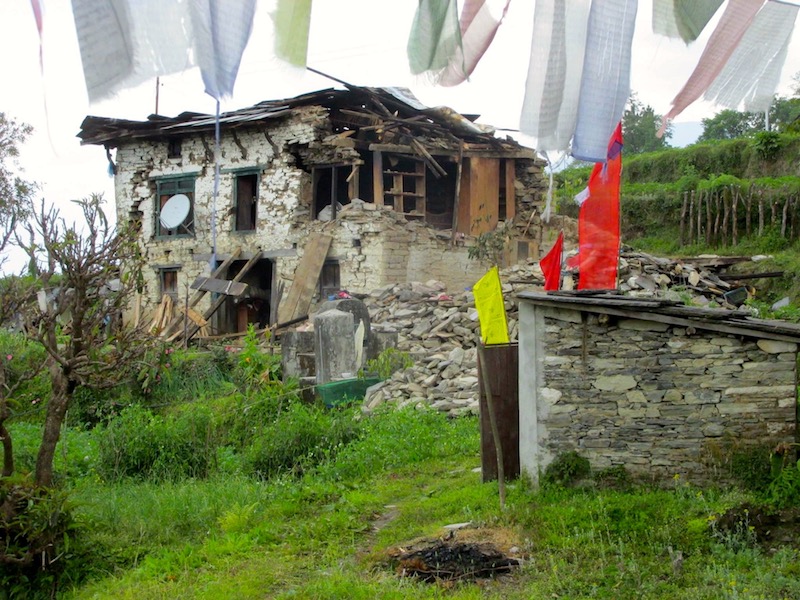 This is my interview with Beau Miller, the executive director of Aythos, a non-profit organization he founded seven years ago to implement economic development projects in remote Himalayan villages in Nepal.

Since 2012, Aythos volunteers and local staff have trained hundreds of farmers – including women – and helped plant thousands of fruit and nut trees, which provide nutritious food and critical income for villagers. I first interviewed Beau after the devastating April 2015 earthquake, and recently asked him to provide an update on Aythos’ reconstruction efforts and ongoing agricultural work. 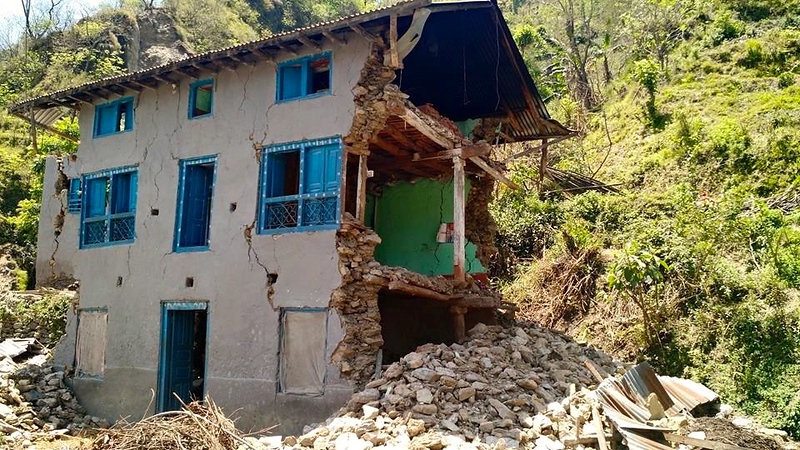 How has Aythos’ mission changed since the earthquake?

Until the beginning of this year, we were almost entirely focused on relief and reconstruction projects. Thanks to some great donors and fundraising efforts by our board members, we were able to deliver bags of cement to several villages so they could put that toward rebuilding their homes. We also passed out 155 blankets to school children in a particularly impoverished area. Their families are still living in shelters that leave them very exposed to the elements, and winter in the Himalayas can be pretty brutal.

We sponsored the construction of several greenhouses in two communities, but this was different than our usual model – Aythos sponsored the whole thing. It didn’t make sense to ask for the usual 50% buy-in when people have so many expenses to consider now. We wanted to make sure villagers displaced from their lands still had the opportunity to grow vegetables and stay healthy, and as long as they were willing to make it happen, we were willing to fund it.

How has life changed in the communities where you work?

The earthquakes had a massive effect on these communities. First, their houses, and in many cases, their livelihoods, were completely destroyed. Some communities we work with were displaced from their lands out of fear of landslides. A year later, people are still living in “temporary” shelters – essentially a few metal sheets and wood beams shaped to form a little hut. Life is very much at a standstill.

Schools were leveled and remain down, though classes are now being held in tents or other temporary structures. Community centers, monasteries and temples – structures that are really instrumental to communities – were wiped out. Villages lost access to drinking and irrigation water, in some cases. Really, the only things that weren’t destroyed were the fruit trees Aythos has planted over the years. And the fruit from these will be very important in funding long-term reconstruction.

What has the past year been like for you, as well as Aythos staff and volunteers?

It’s been a busy year, but also it has just flown by. Obviously, my heart is still in Nepal, but I’ve been juggling my Aythos responsibilities with a paying job.* That’s been pretty taxing, and in a way, it’s more difficult than being on the ground and leading things in Nepal. Our team in Nepal is still going out to the field every week, visiting different villages and implementing projects. In many ways, they never skipped a beat, though the earthquakes were a very traumatic experience for them.

Even I forgot that even while they were helping carry out relief and reconstruction efforts, they were also survivors. It’s a real testament to their strength and desire to help others. And actually, a good-news story, one of our Female Engagement Coordinators, Shanti, just got married, so it’s great to see our staff moving forward with their lives while still helping others.

Our volunteers have returned back to their homes and families, and I think their time in Nepal inspired each one of them to continue to serve in their own way. Some will be returning to Nepal to help reconstruction efforts. Others are applying their experiences to new careers. It’s been great to see some of them recognized for their work with Aythos, but everybody who was over there with us can look back at what they did and be proud.

* Beau works in the international development field in Washington, D.C.

What are your goals for the coming year for Aythos and the communities where you work?

Well, through our work in the earthquakes, we made a lot of new friends in Nepal, and we want to help all of them get their communities back on track. We’re helping some grow nutritious vegetables. We’re helping others start new ventures, like tea plantations. We’re spearheading new women’s empowerment programs and supporting youth initiatives in organic agriculture. These are going to be extremely important in rebuilding local economies, and in most cases, making them even stronger than they were before the earthquake.

As we’ve known, each village has its own set of unique opportunities and challenges, and we’ll be taking the time to work with each one to support them in the best way we can. We are extremely excited to have five agriculture specialists visiting us over the course of the year. These are students from UC Davis and Berkeley, and another from Houghton College, who will each deliver tailored training to villagers in their specialty to help develop skills on topics from orchard maintenance to marketing.

We hope that opens the door for new partnerships with American, Nepali and international organizations, but if I can take this opportunity to make an appeal, we still need our individual donors that supported us immediately after the earthquakes to chip in and help finish the work we started.

What are your thoughts on the earthquake response efforts by the government, NGOs and others?

The earthquakes drew a lot of amazing people, and I have to say the most effective organizations were the smallest ones, managed by volunteers. These groups worked tirelessly to scout out areas, do needs assessments and get relief materials where they were needed. We were really proud to work with some of them. We were also really proud to see the U.S. military airlifting supplies to remote areas. They used to fly right over our office on their way out and back from relief missions, and it was sad for all of us when we heard that an American helicopter crashed, killing all aboard during one of these missions.

The UN’s Humanitarian Air Service was awesome. They loaned Aythos a helicopter on two occasions – for free – to get medical supplies and reconstruction materials to remote areas when landslides took out the only roads.That was extremely generous.

I don’t want to disparage the work of any organization or government entity, but the one thing that came out is that if you don’t know the land and you don’t know the people, you’re wasting time in resources. The government was not prepared for the influx of relief workers and materials, and other groups just didn’t know how to work locally and get their skills to where they were needed.

To be successful in times of tragedy, there needs to be cooperation at all levels, from the individual to the institutional. I learned that hard way in some cases, but at the end of the day it’s about helping other people and you have to learn and carry on.

9 thoughts on “Beau Miller: How Aythos Responded to the Nepal Earthquake”