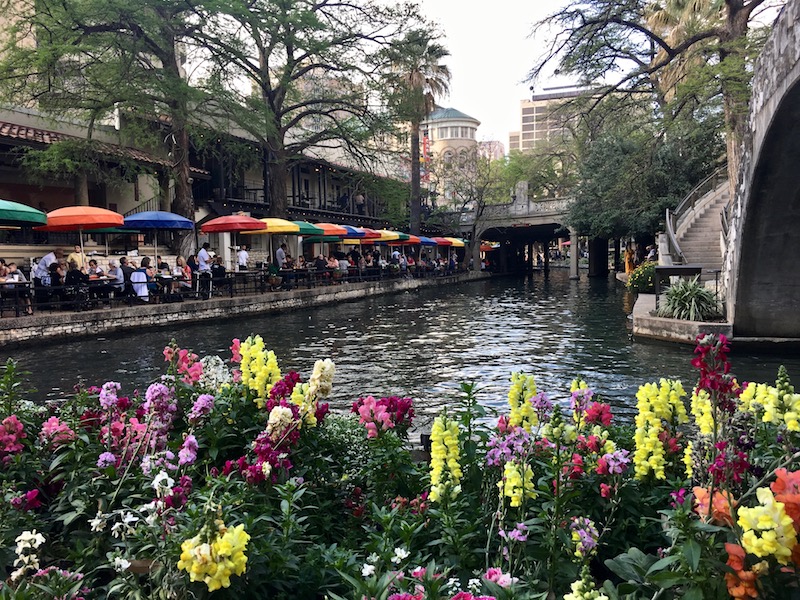 Even though I don’t have many vacation days yet at my new job, I’ve tried to make the most of local experiences and travels throughout New England and beyond over the past few months.

On a particularly cold and miserable day in February, I posted on my Facebook page about my upcoming travels to ask my followers for advice. The destinations included New Hampshire, San Antonio (Texas), Savannah (Georgia), as well as Mexico City. A keyboard warrior helpfully commented, “Why don’t you try getting out of the U.S. sometime.”

I didn’t bother pointing out the obvious – that Mexico is not part of the U.S. – but I did point out that anything can be an adventure with the right attitude. You can have new experiences, take incredible photos and meet interesting people whether you’re in Buffalo or Berlin.

Much to my Facebook commenter’s dismay, I’m sure, I didn’t get the chance to travel internationally during the past two months – I’m still getting up to speed at my new job. But I did try and squeeze in mini adventures here and there like trying a new coffee shop and exploring neighborhoods within my city that I don’t visit often. I also did some virtual traveling and took a few trips within the U.S. Here’s more: 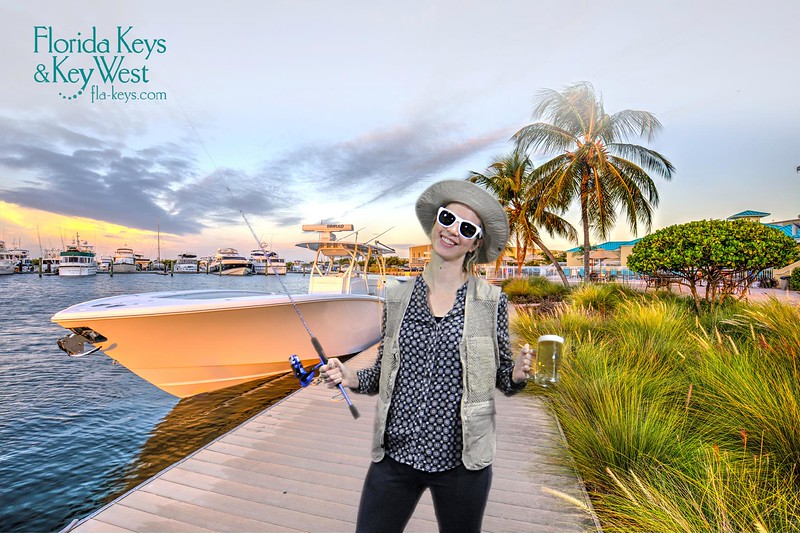 having some fun at the Boston Travel & Adventure Show

Even though I didn’t get to escape anywhere warm during February, I did get to travel virtually by attending the first-ever Boston Travel and Adventure Show, which was held at the Hynes Convention Center. A few of the highlights were seeing Samantha Brown – a fellow Syracuse University alumna – speak for the first time, watching a performance of Indian dance, and petting a rescue camel named Eli. I also got to pick up a ton more brochures to inspire my upcoming adventures.

I also got to check out the opening night showing of Cuba, a new IMAX ® movie, at the Museum of Science. I’ve never been to Cuba before, so I actually learned a lot about its efforts to restore its architectural masterpieces, coral reefs and agricultural land. A plus for me was that it featured the story of a talented young ballerina – as a former dancer, I really enjoyed seeing Cuba through her eyes. 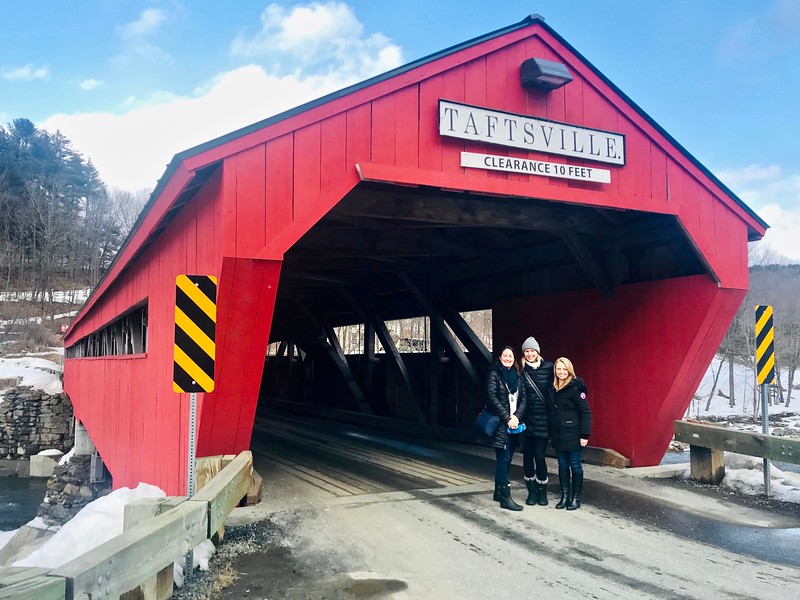 with my friends in front of the Taftsville Covered Bridge in Woodstock, Vermont

New England and Beyond

My house is right on the St. Patrick’s Day parade route in Boston, so like many locals, I get the heck out of town that weekend. Luckily for me, a good friend of mine bought a beautiful home in rural New Hampshire, and that made the perfect escape. It was a really relaxing weekend of walking around the storybook town of Woodstock, Vermont, and dining at Simon Pearce Restaurant in Quechee. We also trapped and released a porcupine that had been terrorizing her dogs – which definitely wasn’t on the itinerary!

I also made back-to-back weekend trips to visit my family. The first trip was to Chester County, Pennsylvania, where my brother lives with his family. I flew to Philadelphia, hopped in a rental car and got to his house in about an hour. They are right on the edge of Amish Country and surrounded by farms, so there’s not much to “do” there – well, except go to Victory Brewing Company, which is about a two-minute drive away. I didn’t mind, though, because I got to spend some quality time being silly, watching TV and reading with my nephews. The following weekend I drove to New Jersey. My dog has been staying with my parents – it’s her retirement home, now that she 13 years old – so I got in some good cuddles with her. (And it was good to see the rest of my family too!) 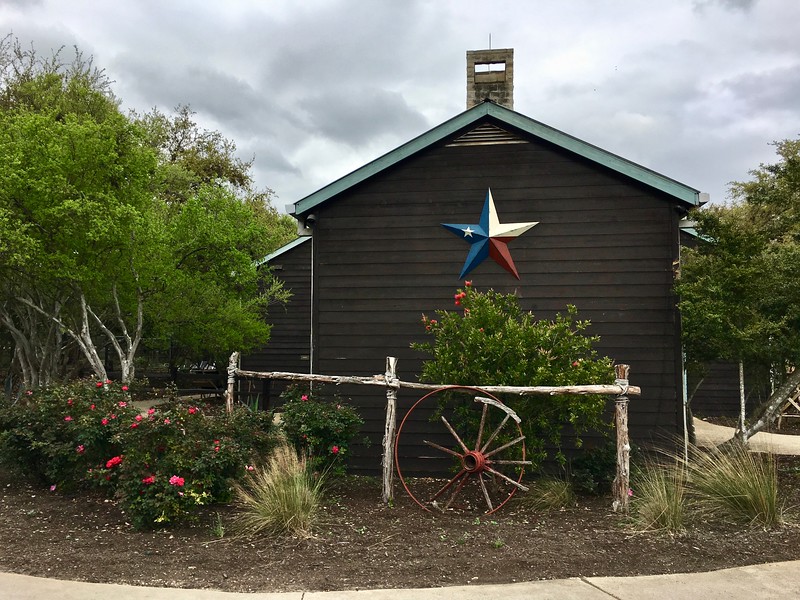 in Texas Hill Country outside of San Antonio, Texas

I got to escape the chilly early spring weather to make my second trip to Texas. It was my first time in San Antonio – I had a conference there at a beautiful resort about 30 minutes from downtown called Hyatt Regency Hill Country. It’s typically hard to do any sightseeing during work trips, but I was able to explore the beautiful property by bike, take advantage of the gym and various restaurants, and just soak in the warmth during conference parties on the patio.

One night a group of us ventured out to the Alamo, which I would’ve explored longer if I was by myself, and the Riverwalk area for dinner (very disappointing Tex-Mex). I did have a little time to go for a stroll and take some photos, and later in the eventing, we took a sightseeing cruise on the San Antonio River, which apparently is the largest ecosystem in the nation.

Spring seems to have finally come to Boston, so I’m happy to stay put for a while, although I’ll be making a quick trip to New Jersey to visit my family for Easter weekend. I need to rest up and save up, because May will be jam-packed with travel!