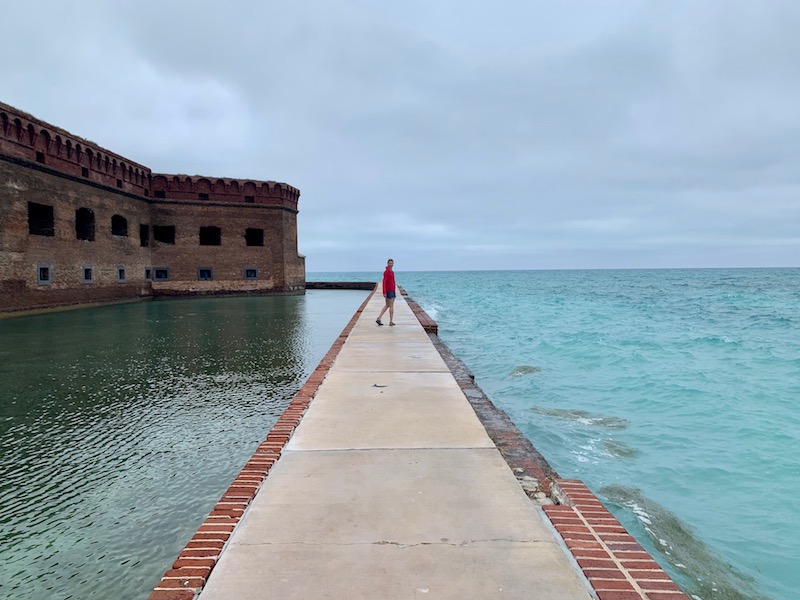 February felt as short as January did long. However, I made the most of the month by squeezing in some warm-weather adventures in Miami and the Florida Keys, as well as some new experiences here in chilly Boston.

If you live in the U.S., you’re probably not surprised to learn that American workers let a whopping 768 million vacation days go unused in 2018.

I recently highlighted that fact on my social media channels to help spread the word on #PlanforVacationDay, which is celebrated January 28 to encourage Americans to plan to take their paid time off in the coming year. (They say if you plan ahead, you’re more likely to use your vacation.) As a freelancer, I currently don’t get any paid vacation days, which can be frustrating, but I do benefit from having a little more control over my work schedule than the average full-time employee in the U.S.

However, as much as I love to travel, I also take my career very seriously. I also own my own home and have to stick to a budget, so sometimes it does take a little arm twisting to get me to step away from my routine and responsibilities and live a little. 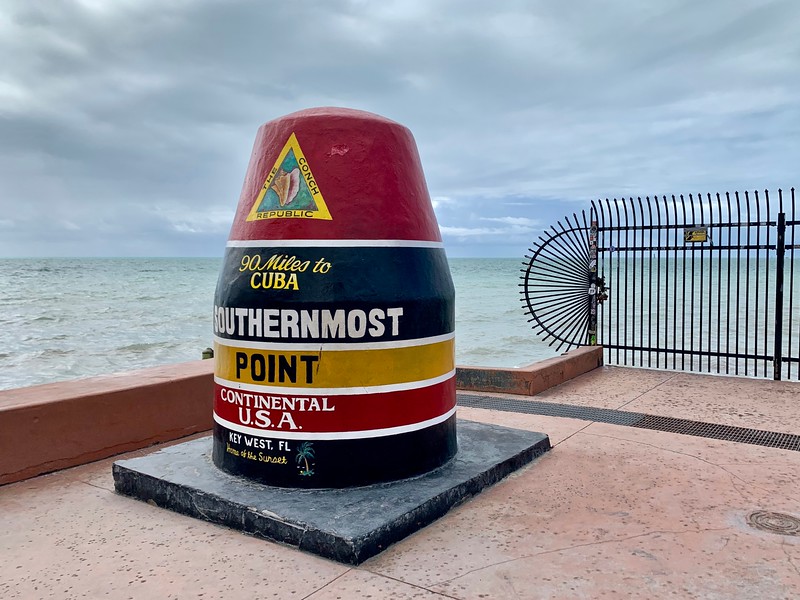 This is just one of those things you have to see! There was a LONG line to get a photo with the marker… I didn’t wait.

Thanks to my very convincing friend Linda, I decided to sneak away from Boston for a long weekend this month and visit her in Miami, where she’s been living for the past few years. She’s trying to visit all of the U.S. National Parks, and Florida’s Dry Tortugas National Park has been on the top of her list for a while.

She had asked me to go with her about two years ago, but it never seemed like the time was right until now. The timing still wasn’t ideal – I had traveled a lot in January, I have another trip coming up in March, and I’ve been feeling like money is tight – but I’m glad I finally made it happen, since it was so nice to see her (and the sun) again. It was a good reminder that there’s no such thing as the “perfect” time for anything, and sometimes you just need to make it work. 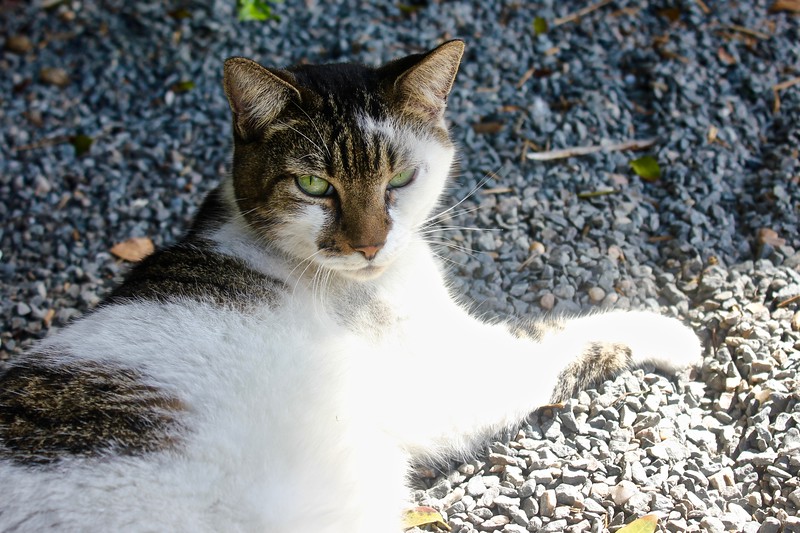 one of the pretty kitties at the Hemingway house

We spent two nights in Key West – I had never been to the Keys at all before – so we could take the ferry from there to Dry Tortugas, an archipelago that sits about 70 miles west of the city in the Gulf of Mexico. Unfortunately the sea was rough that day, and the weather was rather windy and chilly. Despite not being brave enough to snorkel in those conditions, we still had a lot of fun walking around the remains of Fort Jefferson, which was built between 1845 and 1876 on Garden Key to protect the Gulf (although it was never finished and never attacked).

Other highlights of Key West for me were the Ghosts & Gravestones tour, during which we got to see the supposedly haunted Robert the Doll at the East Martello Museum – I knew Robert’s story from an episode of “Lore” – and I also toured the Ernest Hemingway Home and Museum, where I got to pet a few of the property’s 59 cats. On the way back up the Keys to Miami, we stopped in Marathon to learn about the great work of The Turtle Hospital and stayed at a lovely resort right on the water in Islamorada.

Back in Boston, I tried to stay warm and squeeze in a few new experiences. To commemorate Black History Month, another writer friend and I decided to support a new Black-owned restaurant that opened in the city’s Dorchester neighborhood, 50Kitchen, which features hearty portions of comfort food (with a twist) and very friendly service. I also accompanied a cocktail blogger, Katie aka “Garnish Girl” to Woods Hole Pier 4, a restaurant that just opened this summer in the Seaport on the site of a historic restaurant that, unfortunately, went out of business. 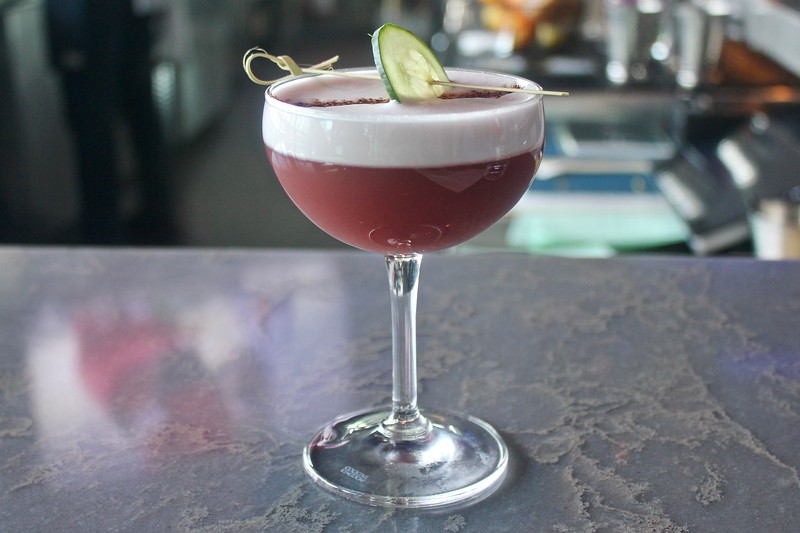 I’ve tried to squeeze in more time to read, but I haven’t been too successful in that regard. I did make a bit of headway in a new book, Nickel Boys, by one of my favorite authors, Colson Whitehead. It’s not a light read, but it’s important work of fiction in that it shines the light on the very real atrocities committed at an all-boys reform school in Florida.

This week I’m jetting off to another warm-weather destination: Los Angeles! It’s a city in which I haven’t spent much time – I don’t think I’ve been there in more than 10 years, and it was only for one night after a conference in Long Beach. This time, I’ll be visiting two travel and food writer friends who moved there from Boston, so we’ll be doing a lot of exploring and eating together.

The day after I get back I pick up my next foster dog from Operation Favor – an approximately two-year-old mama dog named Ireland (All of her puppies are named after Irish cities!). I can’t wait to have a dog in my house again, since my retired parents are are now the primary caretakers for my dog, Lucy, who is 14.5 years old and needs around-the-clock care.

Looking for a compelling read? Check out Nickel Boys.

Banner image: The cloudy day at Dry Tortugas made for cool photos of Fort Jefferson