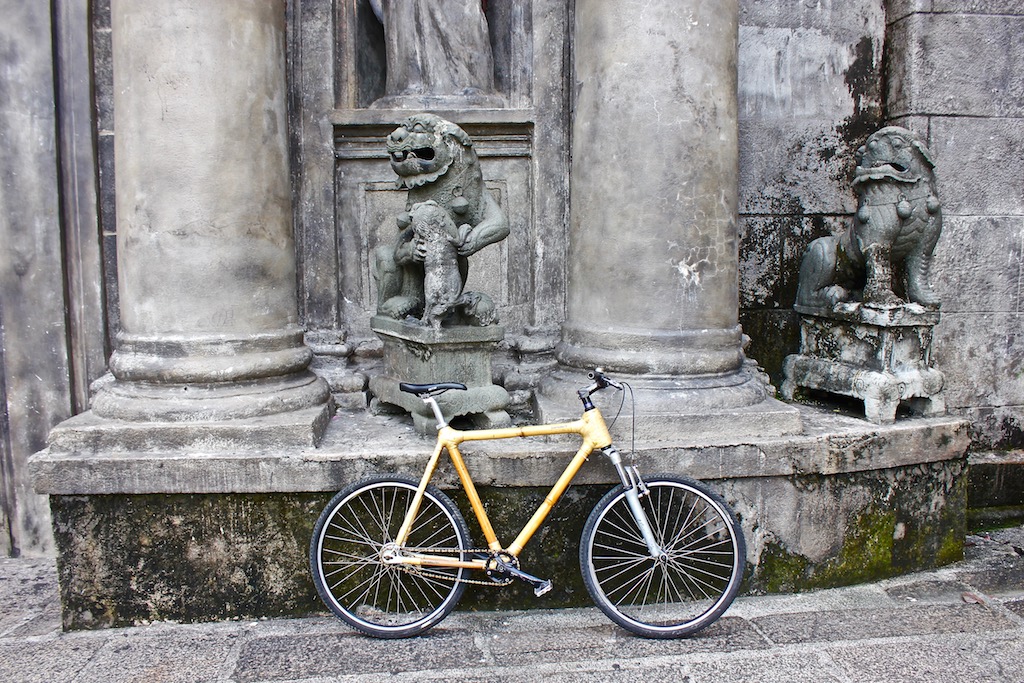 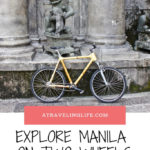 If you’re looking for what to do in Manila, and need a break from the bumper-to-bumper traffic, then head to Bambike Ecotours in Intramuros for a unique trip on two wheels around the old city.

What to Do in Manila

Within the walls of Manila’s historic district, a small bike shop is changing the lives of the people who work there. It’s also given thousands of tourists the chance to explore a side of Manila that is often overlooked.

Bambike Revolution Cycles is a social enterprise that’s staunchly committed to its triple bottom line – “people, planet and progress.” It rents and sells hand-crafted bicycles made from bamboo, a sustainable building material, and pays the bike’s skilled workers a living wage in a city where good jobs are hard to come by.

Bambikes are the brainchild of Bryan Benitez McClelland, a Filipino-American who grew up in Connecticut and now makes his home in Manila. In 2007, after receiving his master’s degree from the University of Pennsylvania, Bryan got the idea for Bambike while volunteering for Filipino NGO Gawad Kalinga (GK), which works to lift Filipinos out of poverty. He had heard about an African company making bikes from bamboo and thought that bringing the practice to the Philippines, where bamboo grows in abundance, could create valuable jobs.

After much trial and error, Bryan got Bambike off the ground in 2010, and today he employs about two dozen “Bambuilders,” members of a GK-supported community in rural Victoria, Tarlac. Bambike also organizes a variety of nutrition, education and environmental programs for the community’s residents – there’s a bamboo playground too!

Bambuilders spend an average of 50 hours crafting each bike. The high-quality bamboo that creates the frame is sourced from Luzon and Visayas, and the joints are made of abaca fiber and resin. The adult Bambikes range from about $385 to $1,000 USD, and are sold to buyers throughout Asia, Europe and the U.S. Even former U.S. President Barack Obama has one – he received it as a gift from former Filipino President Benigno Aquino III when he visited Manila in 2011. (If a Bambike isn’t in your budget, you can pick up some bamboo sunglasses for $50 USD!)

I had the chance to take a Bambike for a spin when I was in Manila to attend TBEX Asia Pacific, the world’s largest travel blogger conference. Bambike Ecotours runs several different daily tours of Intramuros, where the Spanish settled when they arrived in the 1500s, with the goal of showing tourists there is more to Manila than shopping malls, casinos and karaoke joints.

After gathering at the small Bambike shop on Plaza San Luis, my group and I met Bryan and watched a brief video about the company’s inception. We learned that more than 5,000 tourists from 70 countries around the world have taken an Ecotour since he launched the business on Earth Day in 2014. Ready to join them, we got fitted with our sturdy Bambikes outside in the courtyard, and after a wobbly start, we set off behind our guide, Rey.

Luckily for us, there are few cars in Intramuros but plenty of trees to provide shade, which made peddling around fairly pleasant. Our first stop was a block away at San Agustin Church, the oldest stone church in the Philippines and the only church in Intramuros that survived the Battle of Manila, which wiped out most of the city in 1945. The next stop was at a quiet garden, where Rey pointed out the Galeria de los Presedentes de la Republica Pilipinas – large plates depicting images of the country’s former presidents.

We peddled on before disembarking at Puerta Real Gardens, a popular wedding and events venue that was once the site of state functions during Spanish rule. There, we scrambled up a tower to take in sweeping views of the skyline and Manila Bay. Back on the ground, we took a break from the heat and cooled off with some “dirty ice cream” from a street vendor. (I didn’t get a clear answer as to why it’s called “dirty.”)

Pushing our bikes to the top of another section of wall, we took a quick look at the Japanese Cannons, which have been standing guard over the city since the Battle of Manila. For the rest of the tour, we followed Rey through the maze of streets, dodging college students socializing between classes, horse-drawn buggies carting around tourists, tricycles giving rides to locals, and even a small labor protest in front of a hotel.

After swinging by the Manila Cathedral, where Pope Francis said mass during his January 2015 visit, we made our way back to the store to watch a Bambuilder in action. When it was time to leave, we reluctantly handed over our special rides, and said farewell to Bryan and Rey before heading back into the chaos and congestion of modern Manila.

Take a Tour with Bambike Ecotours

Bambike Revolution Cycles is open every day, 9 a.m. to 6 p.m. There are a variety of Ecotours available, starting at about $15 US and ranging from 1.5 hours to 5 hours long:

You can see tour availability and book online.

Thank you to Visit Philippines and Bambike for hosting our TBEX group.

Filed Under: Southeast Asia
The Henry Hotel: A Peaceful Retreat in the Heart of Manila