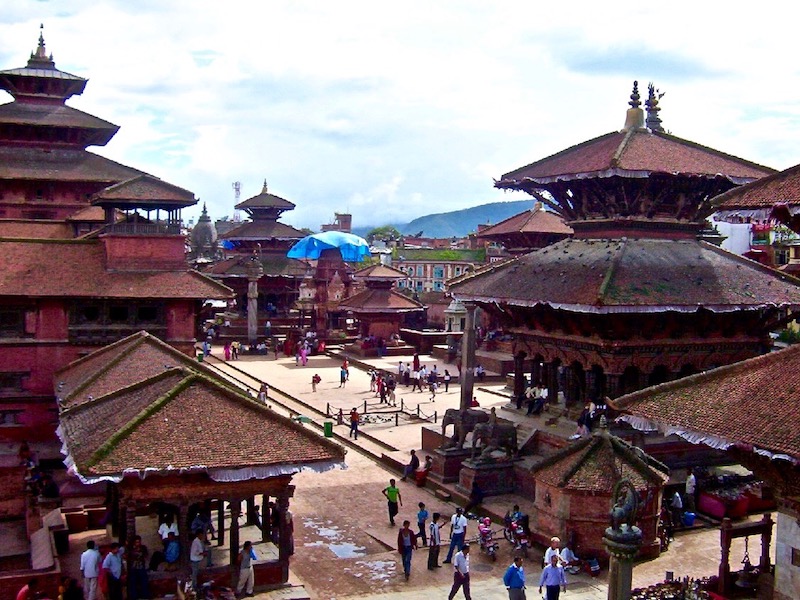 If you are looking to help support Nepal earthquake relief efforts, here are my recommendations for established local and international NGOs that are accepting donations.

I updated the details on how to give to Next Generation Nepal.

There have been more after-shocks today, so people have been sheltering in tents. Funds are needed immediately for supplies.

I heard from the director of Hands for Help Nepal, and he confirmed that there are no operational banks, ATMs or money exchange offices, so, as I explain below, it’s best to give to NGOs already equipped to accept and process donations.

This stone temple in Bhaktapur Durbar Square was completely destroyed.

It was devastating to wake up this morning to the heartbreaking stories and images coming out of Nepal in the aftermath of the devastating earthquake. The beautiful country and its people are very close to my heart – I spent a summer in Pokhara during graduate school while volunteering with Hands for Help Nepal, an NGO based in Kathmandu.

If you’re interested in helping support the Nepal earthquake relief efforts, my professional opinion – based on 10+ years of working in nonprofit communications and fundraising – is that you should stick with established NGOs, since they have the resources on-the-ground get funds where they are needed as quickly as possible. The best include:

Also, Intrepid Travel is matching donations up to $200,000AUD, and funds will benefit its partner, Plan International. I took a group tour for the first time this past fall with Intrepid and was extremely impressed with their dedication to sustainable tourism, and their commitment to preserving local cultures and the environment.

Nonprofits Based in Nepal

Here are a few other personal recommendations of non-profit organizations based in Nepal:

Tips on Donating after an Emergency

Thank you so much for this extremely helpful post.

It’s really great of you to compile these links to let people know legitimate ways to help. Sometimes it’s hard to know what organizations to trust. Thank you!