June: Not Slowing Down Yet 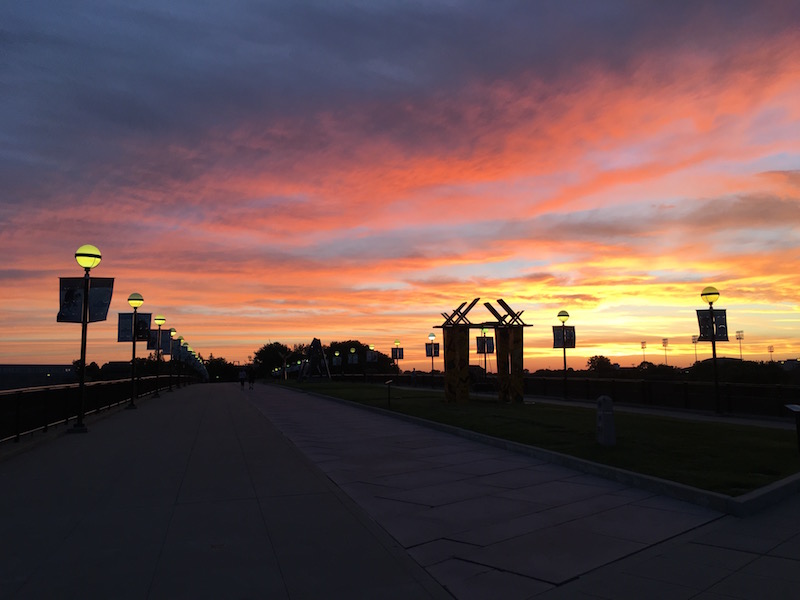 While I feel very fortunate to have seen new cities, countries and states, reunited with old friends and made lots of new ones over the past three months, I must admit that now – in mid-July – I’m exhausted. I started June in Barcelona and ended in Denver, Colorado, and in between I crashed for a few days at my parents’ house in New Jersey, attended a conference in Indianapolis and made two trips back to Boston for work. Phew! 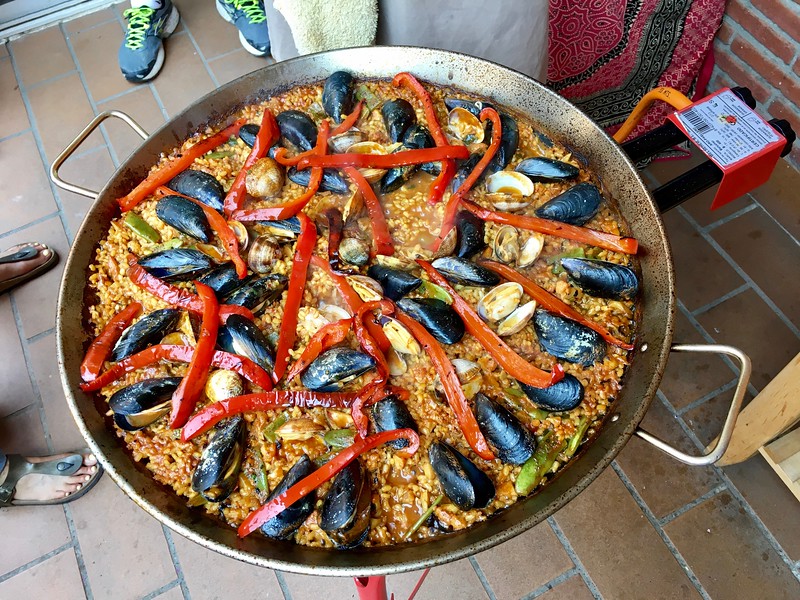 This was our masterpiece, the paella. It tasted as good as it looks!

Kicking off the month in Barcelona – my new favorite city – was particularly enjoyable. On the 1st I took a cooking class with Barcelona Slow Travel. I spent nearly an entire day with eight other tourists in the cozy flat of a French/Swiss cook named Guillaume and his lovely Catalan girlfriend Cristina learning how to make gazpacho, paella and sorbet.

After Barcelona, I took a train to Madrid – funny story, I took the nine-hour train instead of the three-hour train that I thought I was taking. Oops! I made it, though, and I’m glad I did. I got to catch up with one of my favorite travel buddies, Guillermo, and the city wasn’t as crowded as Barcelona, which was a nice change. It also wasn’t yet as hot as it can get in the summer. I spent two days strolling through the streets and parks, hanging out at cafes and checking out attractions like the Reina Sofía Museum.

One of my clients, Mass Mentoring Partnership, held a breakfast event at Boston’s Fenway Park that I got to attend.

The day after I landed back in the U.S., I hit the ground running with work, and I made two trips back to Boston for meetings, networking and events. I also visited Indianapolis, Indiana, for the first time for BlogHouse, a travel blogging bootcamp, which I was selected to attend. For nearly four days, we holed up in a conference room at the JW Marriott to talk about all things blogging, and we got to explore a lot of what Indianapolis has to offer – from microbreweries and monuments to its world-famous zoo and children’s museum. 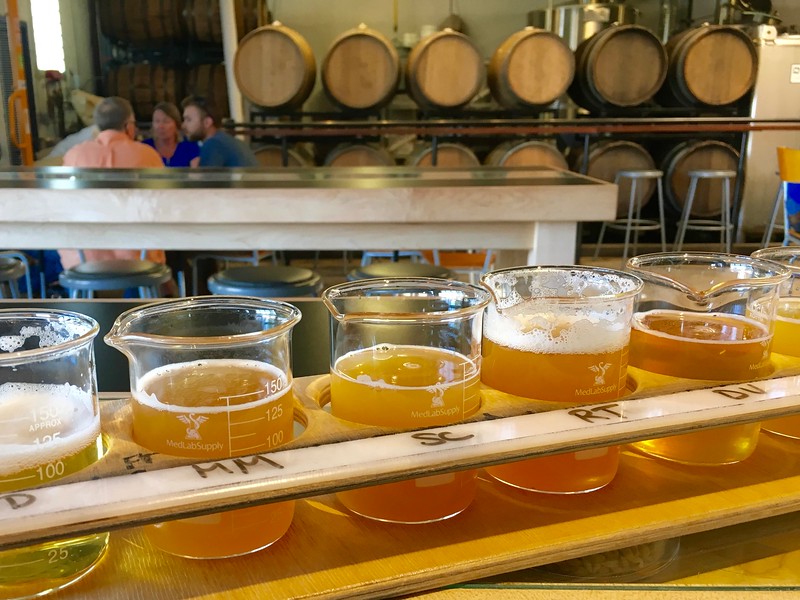 I got to check out Cerebral Brewing when I was in Denver. I couldn’t decide between the various sessions, pale ales and IPAs, so I got them all!

The last trip of the month was to Denver for a wedding. It was a quick trip, but I got to catch up with a lot of old friends, and of course, drink a lot of good beer.

I’ll be bouncing back and forth between New Jersey and Boston for the rest of this month, since my condo is still rented out. And my dad and I will be heading to rural Greenfield, Massachusetts, for our 7th Green River Festival together. After all of my travels, I’m actually looking forward to staying put in the Northeast U.S. for the rest of the summer.

Banner image: I soaked up this incredible Indianapolis sunset with my BlogHouse friends in White River State Park.

What You Need to Know for Your First Visit to the U.S.